Jim Murphy is a well-known nonfiction author. He recently won the 2010 Margaret Edwards Award for significant contribution to young adult literature. His titles include: An American Plague; The Great Fire, which both won Newbery Honor Awards; Blizzard; A Savage Thunder,;and his newest release,  Truce.
http://www.jimmurphybooks.com/

Russell Freedman has written 47 books and is well known for his factual nonfiction books. Freedman writes about the lives of historical figures and the behaviors of animals. He won the Newbery Medal in 1994 for Lincoln: a Photobiography and Newbery Honors for Eleanor Roosevelt: A Life of Discovery and the Wright Brothers: How They Invented the Airplane.
http://www2.scholastic.com/browse/contributor.jsp?id=1766

Peter Sís is an internationally acclaimed illustrator, author, and filmmaker. HIs most recent work is The Wall: Growing Up Behind the Iron Curtain. It was awarded the Robert F. Sibert Medal and named a Caldecott Honor Book. He has illustrated many award-winning books. 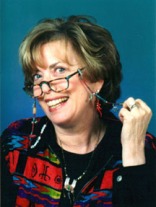 Vicki Cobb has written more than eighty-five highly entertaining nonfiction books for children. She is most well known for a lighthearted approach to hands on science. One of her titles is, Science, Experiments You Can Eat. Her latest titles are Where's the Science Here?; Harry Houdini: A Photographic Story of a Life; Sneakers, Junk Food, Fireworks; and On Stage.

Susan's nonfiction books include: Hitler Youth: Growing Up in Hitler's Shadow (Newbery Honor), Black Potatoes: The Story of the Great Irish Famine 1845-1850 (Sibert Award), Kids on Strike, and Growing Up in Coal Country. She has also written a number of fiction books.
http://www.scbartoletti.com/

Giblin is an award-winning author who has written many nonfiction books for young readers and some for young adults. Some of his titles include: The Truth About Santa Claus and Chimney Sweeps: Yesterday and Today, Walls: Defenses Throughout History, The Secrets of the Sphinx, and The Life and Death of Adolf Hitler.
http://www.childrensliteraturenetwork.org/birthbios/brthpage/07jul/7-08gbln.html

Jean is thought to be one of the best writers of historical books for young readers. She won the Newbery Medal for Homesick: My Own Story. One of her favorite time periods to write about is the The American Revolutionary War period. Some of her titles are: You Want Women to Vote,Lizzie Stanton?, Make Way for Sam Houston, Around the World in 100 Days, and The Great Little Madison.
http://www.wbais.org/~aislibrary/jeanfritz.htm
Other Nonfiction authors:
Rhoda Blumberg
David Macaulay
Milton Meltzer
Candace Fleming